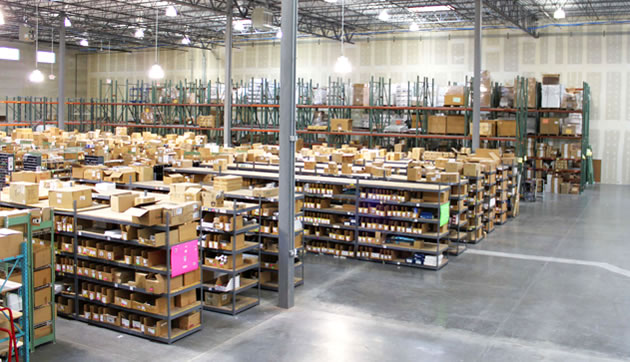 Business at a Glance

Savings/Synergies through Integration of Acquisitions

AllPoints was a national supplier of generic and exact replacement parts and related supplies for the commercial foodservice equipment market.

In late 2005, Pfingsten met the primary owner of the company, which at that time was known as Consolidated Commercial Controls, Inc. Shortly after Pfingsten acquired the company in early 2006, we hired several key managers, including a new CEO, CFO, VP of Sales, Purchasing Manager and IT manager, and looked to aggressively expand the company beyond its Midwestern roots.

During due diligence, we saw an opportunity to acquire and build a national market leader in a growing sector. With a strong reputation among top customers and a recession-resistant model due to the replacement part nature of the business, the company was poised for growth. CCC had a broad product offering, with over 9,000 stock and non-stock items, and occupied an attractive, regional niche position in a highly fragmented national market that was experiencing steady growth. Three key opportunities existed to rapidly expand the business, either organically or via acquisition, including: adding internal sales and senior management resources, focusing on new product development, and building a national distribution network.

The focus on key acquisitions accelerated the company’s transformation into a national company with deeper market access. The acquisition of International Commercial Supply doubled sales and created a company with national distribution, and the company was rebranded as AllPoints to further distinguish itself in the market. A second acquisition, of Tundra Specialities, provided AllPoints with direct access to end users and foodservice operators, as well as a rapidly growing internet sales platform.

In addition to these two key acquisitions, a focus on driving operational improvement played a significant role in supporting the growth of the company. During the course of our ownership, the company installed a new management information system; created a new e-commerce focused website; relocated the company’s headquarters to a more modernized facility; doubled the company’s core product offering and launched a refrigeration parts catalog; and established an outbound call center. In support of these major initiatives, 11 employees were trained as Team Leaders through the CI training program, who ultimately led 17 CI teams and 128 employees, which became a sustainable value driver for the business.

Case studies have been selected for illustrative purposes only. The specific portfolio companies identified are not representative of all active or prior Pfingsten portfolio companies; results may not be typical and it should not be assumed that investments in other portfolio companies will be or were as profitable. Investment in a fund involves significant risk, including loss of the entire investment.